“How civil rights activists risked their lives to change America in ‘freedom summer'”
Excerpt from Witness to the Revolution. READ EXCERPT

“Witness to the Revolution: Why the Unrest of 1969 Matters”
Signature Reads interview with Clara Bingham. READ ARTICLE 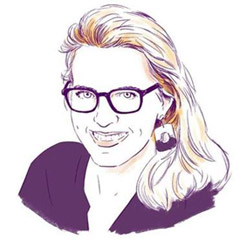 “The story behind the book: Clara Bingham on Witness to the Revolution”
Boston Globe article/interview with Clara Bingham. READ ARTICLE

“When America Was On the Brink of a Second Revolution”
Excerpt from Witness to the Revolution. READ EXCERPT

Blurbs: Witness to the Revolution

The cities and campuses were blowing up, the races and generations were at war, sex, drugs, and violence gripped our young… How the hell did that happen? Clara Bingham, a gifted reporter with a great sense of story, tells us in this moving, funny, horrifying, clarifying book. Best ’60s book since Edie.”
–Evan Thomas, author of Being Nixon
Witness to the Revolution is a remarkable oral history — deftly weaving together vivid characters, traumatic events and fractious movements. As we stand again as witnesses to a vertiginous period of change and challenge, Bingham’s book is powerfully relevant. Above all, it is a vibrant and critical guide to a time that changed our nation forever.”
–Katrina vanden Heuvel, Editor and Publisher of The Nation
In her compelling and dramatic oral history of that fleeting moment when America seemed to be a nation on the brink, Clara Bingham directs the choir of Woodstock Nation — an artfully-composed collection of voices of those who went “up the country” or on a “long strange trip,” those sent off to Southeast Asia and others who stayed home and were driven mad by the Vietnam War. Singing a song of would-be revolution, this collection of anti-war veterans, Black Panthers, radicals, rock stars, and others who let their freak flags fly, not to mention a few Nixon intimates and fellow travelers, defies the notion that if you remember it, you weren’t there. Vivid, vibrant, and crackling with energy, Witness to the Revolution takes you to the exact spot where the wave of the Sixties, The Movement, and the Age of Aquarius crested. You can almost smell the teargas.”
–Nick Turse, PhD, MPH, Contributing Writer, The Intercept
If you, like one of the witnesses showcased here, cry when you hear Neil Young’s “Ohio,” you will find overwhelming emotional satisfaction in Clara Bingham’s bristling recreation of 1969-1970 through oral histories from all sides of the revolution. And for those who “missed the sixties” (like most of us, whether demographically or spiritually), this vital book goes a long way toward explaining the original wound that festers in our “culture wars” still. Witness to the Revolution is to the counterculture what Howell Raines’s My Soul Is Rested is to the civil rights movement, a pageant of human-ness that induces throat-clogging wonder at then and now.”
–Diane McWhorter, author of Carry Me Home
“Vivid, compelling, and addictively readable, Bingham has captured the lightening of the 1960’s in a jar, where it blows the readers’ socks off. Whether you lived through this period, or want to know what you missed, this is a popular history everyone should read.”
–Jane Mayer, author of Dark Money: The Hidden History of Billionaires Behind the Rise of the Radical Right
At once reliving and reflecting on the end of the 1960s, the voices in Witness to the Revolution make for a compelling history and an authentic testimony of a turbulent time. Living in a moment of new political turmoil, it’s critical that we revisit an era when arguments over politics and culture were palpable, urgent, and revolutionary. Clara Bingham takes us there.”
–Gay Talese
Clara Bingham’s witnesses provide a front row seat to one of the most important events in American history: how the country changed during the Vietnam war. They testify to the destructive violence and damage done by both the government and a fringe of the peace movement. “Our arrogance undermined the entire antiwar movement,” Mark Rudd, former fugitive and founder of the Weathermen says now. As aides make clear here, the arrogance of Presidents Nixon and Henry Kissinger led to the needless deaths of thousands of Americans and millions of Southeast Asians. Bingham’s witnesses help us understand that era and also today. The cultural revolution that inspired a freer spirit in music, art and personal relationships then endures today. The deeper changes advocated by the very large community of non-violent activists had an impact then, but they did not become deeply rooted, as evidenced in today’s endless wars.”
–Betty Medsger